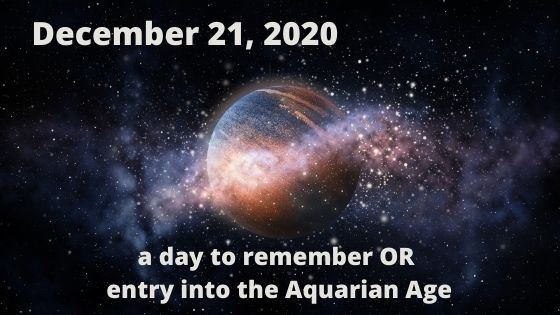 My friend, mentor and astrology coach Susanne sent me this announcement today, and I really wanted to share it with you as I think it is soo powerful!In addition to the winter solstice, there is also a spectacular astronomical event in the sky! The two largest planets, Jupiter and Saturn, come extremely close in the solar system. This is called «large conjugation». ✨This planetary position takes place around every 20 years and can be seen with the naked eye as a giant star in good weather (looking towards the southwestern horizon). But this time the two planets change into an air sign, from Capricorn to Aquarius, which was last the case in the 17th century. ✨💫From an astrological point of view, this powerful constellation has an important meaning. The entry into the Aquarian Age is finally here. A concentrated charge of energy is released that can now be used positively. 💫📕🖋️If you have not planned anything on December 21, 2020 when it gets dark, sit down consciously, light a candle and put all your most important thoughts and visions on paper. Now the moment has come when you can rewrite your dreams into reality! Take the time to look at or reflect on yourself and what your best possible future could be. Write down what is important to you and what you want to achieve. ​​The revolution can begin. 🕯️✨Give yourself this time! Wishing you clear insights and infinite success! 😍🙏✨PS: In practice, researchers are puzzling whether such a “great conjunction” around 2000 years ago could possibly also have been the cause of the Christmas star in Bethlehem. According to calculations, there was also a noticeable “great conjunction” in the year 7 BC, in which both planets Jupiter and Saturn could have appeared as a bright star to the naked eye. ✨